skip to main | skip to sidebar

Appreciating Wine, Even If It Costs Little

Tom Shroder, former editor of the Washington Post Magazine, was a wine newbie, so he decided to enlist the help of a trained wine expert to help him determine the difference between Two-Buck Chuck and a more expensive bottle of wine. What she told him might surprise you. Here's part of his article. For the full article, click here. 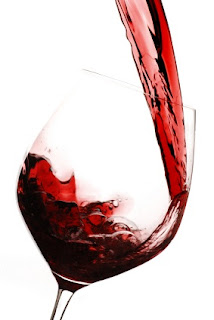 Kathy Morgan, head sommelier for Michel Richard Citronelle, one of Washington's finest restaurants, and the master of a 6,000-bottle wine cellar.
Given her morning activities, I felt a little silly about what I had planned for her next: a blind taste test of two wines, a Two Buck Chuck cabernet and an $18 cabernet I had already tested and didn't like.
As she sat at my kitchen table, back straight, two wine glasses set before her, professionalism swirled around her like a mist. I offered her a glass of water to cleanse her palate between sips.

"That's the worst thing you can do," she said. With no preparation, the acidity and tannin in the wine shock the palate. Water just resets the mouth to neutral, she explained, so you react with shock all over again. It's best to sip another wine first, eat some bread, or just take two sips, ignoring the first.
She swirled the first glass, stuck her nose in it, sniffed. She did the same with the second, then sipped and swirled.

Something in her eyes flashed, and I knew she saw the wines as plainly as if their labels were etched in the glass. Now it was time for her to be kind.
"When do you usually like to drink wine?" she began.

I explained that I sometimes had a glass with dinner, but more often, after a day at work, I sat on the porch and sipped as I watched the sun dip behind the pines.
This answer seemed to explain something, and she continued.
"Number 1 is more astringent. Number 2 is softer and fruitier. So, if you are drinking without food, you'd most probably prefer 2."

Number 2 was the Chuck -- the one I, in fact, preferred.
"Number 1 changes with food," she said. "The tannins soften up. Number 2 is manipulated in the fermentation process so the tannins, which is what makes wine astringent, soften without food. For a cabernet to be this low in tannin, well, it's done on purpose."

In other words -- I was going for the bubblegum music of the wine world.
"I didn't say that!" she said, laughing. "And I really don't mean manipulated as a negative. They do in the winery what otherwise food must do for the wine. [It appears to involve centrifuges.] Number 1 is made in a more traditional way, intended to drink with food. That's why steakhouses have a huge cabernet list. Astringency needs food. Do you have any roast beef?"
I didn't. But I had ham, and I put slices on a plate.

"Take a bite of the ham," she said. "Then sip Number 1."
I did as she asked. It was ... amazing. The sharp, unpleasant scratchiness in the wine that I didn't like had vanished, replaced by an interesting spicy warmth. It wasn't that the taste of the food complemented the taste of the wine -- which is what I had always assumed when people told me that certain wines went with certain meals -- it was that the taste of the food changed the taste of the wine.
"Now take another bite of ham and taste the Number 2," the Charles Shaw, she said. I did, and nothing happened. The Charles Shaw was immobile, inert. It had the same cheery fruitiness as it had before the ham -- if anything it was even fruitier -- and suddenly it seemed ... insipid.
Again, it was as if she was reading my thoughts.

"I'm not saying this wine is of no value. It's a very friendly wine. It's very smart of them to make this wine. It's a style that can be done successfully for $3.59 a bottle."
And it can be done at $3.59 a bottle, she explained, because it can be produced on a large scale, with the conditions identical each time; whereas the traditional fermentation process changes with every batch of grapes, might take shorter or longer depending on the crop, has to be watched carefully and can't be predicted. Then, it takes time to cure, and often requires barrels made of expensive materials, such as oak, to complete the process.

Yes, there are some wines that are poorly conceived and poorly made and fail on every level. But in general, she insisted, you can't judge wines on any absolute scale. Different wines have different purposes. Just as you wouldn't take a Maserati off-road and use it to ford streams and climb steep mountain trails, it made no sense to sip a $300 Burgundy, meant to make rich meals with red meat and heavy sauces incandescent, on somebody's porch at sunset with a dish of peanuts.

Categories: Bargain Wine of the Week

Ruth and Tim love to cook, eat, and enjoy wine.
Ruth is a vegetarian.
Tim is a carnivore.

We try to eat:

Other Great Sites & Blogs about Saving $ and Living Well

Send an email to: EatWellEatCheap@me.com